Hello!  It's been a long time since my last post.  We've been living in our RV for over a year now, but we are still staying here in Southern California and I'm still working at my office job full time.

I had thought it would be hard to give up enough possessions to fit into the RV.  And it was a lot of work, going through everything, but it hasn't been hard.  I don't miss any of the things we got rid of, and we still have more than enough of everything.  I don't even really feel like a minimalist yet.

But going forward, I think my next big challenge will be finding a new way to think about money.  Living on less, my habits are going to have to change and that's a little scary.  I'm afraid of the thought of not having enough.  But the truth is, I'm just going to be making different choices.  For example, if I see a dress in a store window, it won't be a question of "Do I want it?" but rather "Am I willing to work the number of hours it takes to buy it?"  And the truth is, I would rather spend those hours enjoying nature, walking the dog, and baking fresh bread than working to buy that dress.  I would rather have more freedom than stuff.  No matter how fabulous it would look on me. 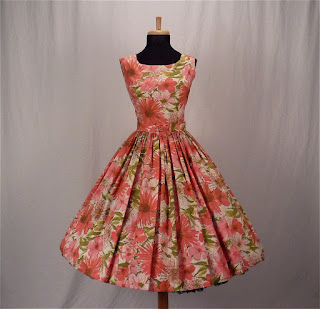 I'm so used to having to work full time.  It's just been a given.  And as long as I had to work all the time, I felt like I deserved to spend some of my money in ways that seemed like they would ease the stress and escape the misery of that work, that life that felt beyond my control.

Changing that pattern is going to take some effort.  I'll really be changing the way I think.  I won't need to think of things as being solace or stress relief.  They're just things.  I'm betting that consciously making decisions about how I want to spend my time, and being willing to do without some things to make that happen, will be worth it.

I have a feeling that the fear of change will likely be much worse than the change itself.  I'll keep you apprised.

Cait
Email ThisBlogThis!Share to TwitterShare to FacebookShare to Pinterest